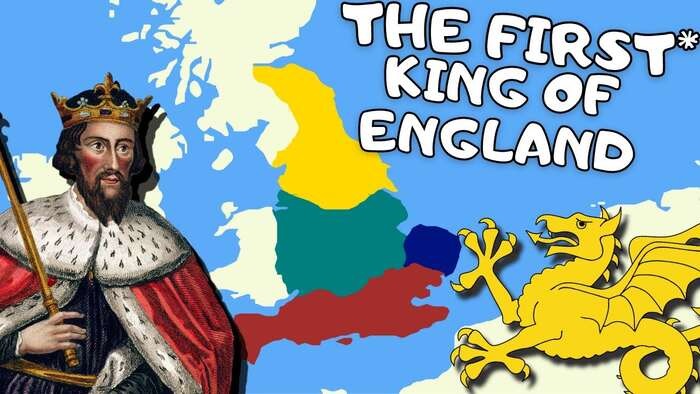 Alfred the Great faced enormous troubles and hardships growing up and during his reign as King. His unwavering faith in Christianity and God helped him through. Under Alfred, England became a great kingdom and resisted the Pagan Danes. Eventually the Danes converted to Christianity. 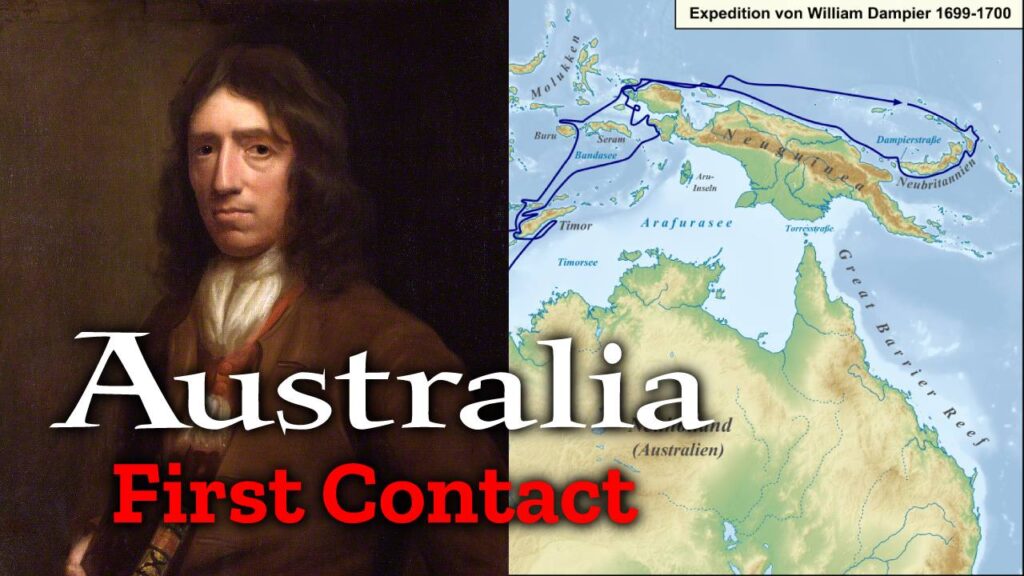 William Dampier, An adventurous Buccaneer who started his early career in the Americas, was a member of the crew who were the first British Explorers known to land on Terra incognita Australis. Prior to Dampier the Portugese, Spanish and Dutch had touched foot on Australia. While these other earlier European expeditions were seldom game to venture inland for curiosity’s sake, Dampier took it a step further by more thoroughly exploring and detailing Australia’s interior, illustrating and corresponding of its vast array of new and unique flora and fauna. His published material of his exploration into this strange new alien land was a hit back in England, despite its noted crude drawings. Through him we can see his first thoughts on the land and the people who inhabited Australia. 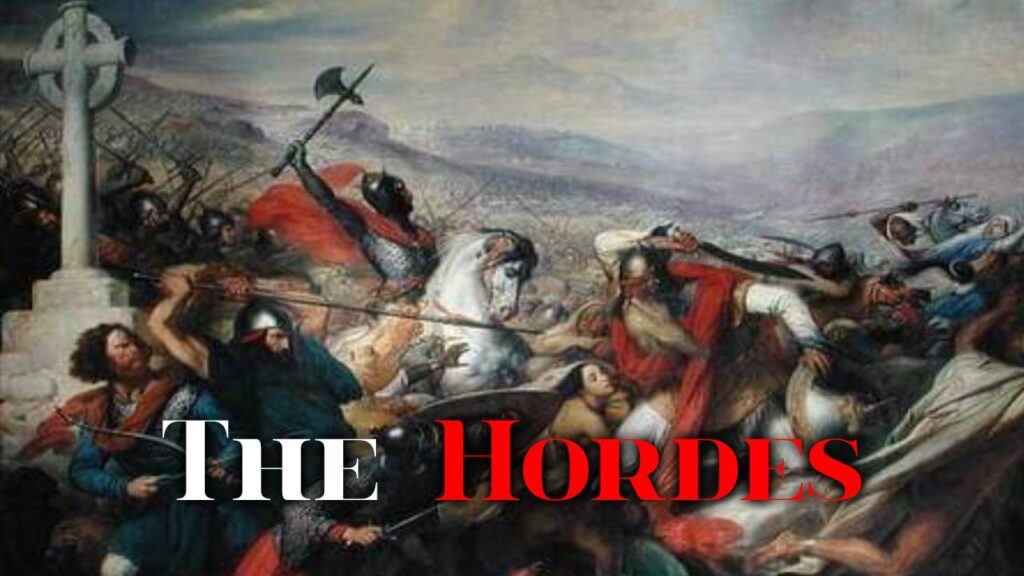 After The Saxons conquests, the Britons withdrew to Wales, but still paid the tax due for defence of the island to whoever was King of London. During this time, Spain had been invaded by the Umayad Moslems shortly after Mohammed’s death and they had intentions of moving into Gaul and taking all of Europe. Charles Martel defeated them, losing only 1,500 of his own men and killing 375,000 Moslems according to one account. 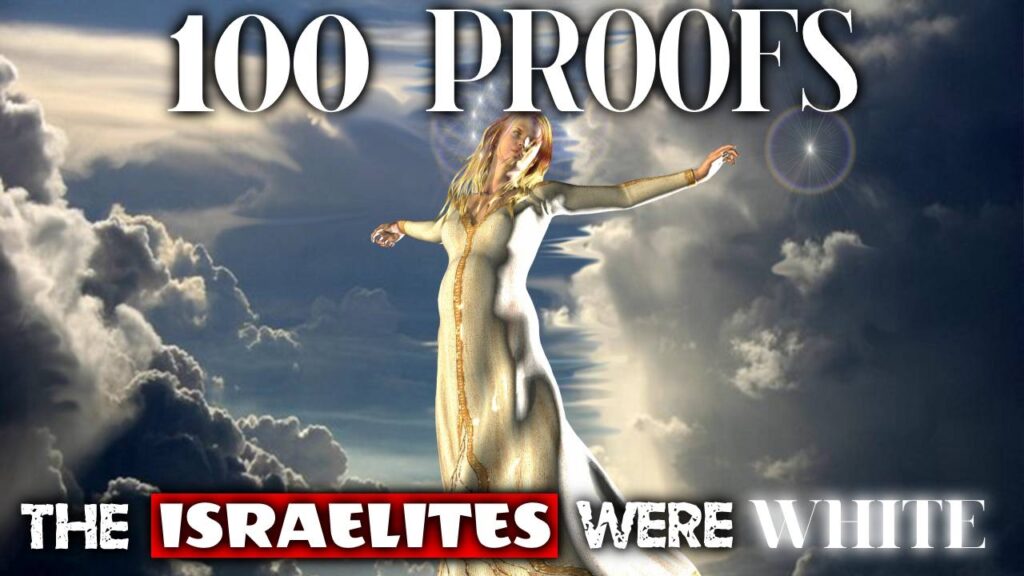 The Israelites were prophesied to get stronger and more powerful the further away they traveled from the land of Canaan. Meaning the new Nations they would build, would become even greater than the previous kingdom of Israel, which was at it’s height during Kind David and Solomon’s time. After the Assyrian deportations, the Greeks under Alexander formed a greater Empire than the former kingdom of Israel. Then later, the Roman Empire became even mightier than Alexander’s Empire. Later the European Nations which formed from the Germanic tribes, all had their turns in becoming great colonial Empires, which stretched across the entire world. Such as the Portuguese, Spanish, French and Dutch Empires. Then Britain a small island, came to grow and exceed all previous Empires. Finally America became the most powerful Empire ever to exist, generally referred to as a “super power,” as it dominated the entire world. If we read the prophecies this is exactly what we would expect to happen to the children of Israel dispersing and forming new nations getting stronger and stronger, the further they traveled. No other race of people has fulfilled this, neither have they formed great powerful nations. Obviously the Europeans are the people of the Bible. 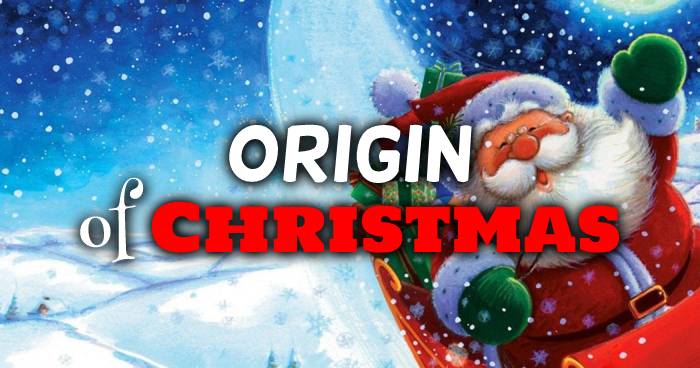 When the Romans accepted Christianity, they tried to merge many Pagan traditions and festivals with Christianity. Therefore there are elements in Christmas today that go all the way back to Roman times. There were some good aspects such as gift giving and caring for those less well off in society. The Christmas trees in their form today go back to the Protestants and Martin Luther. Honouring an individual tree may possibly initially go back to the tree of life, however Jeremiah warns against this. Whilst groves are generally associated with goddess worship. Yule is just the name for the tide or month and Father Christmas is a uniquely British tradition. 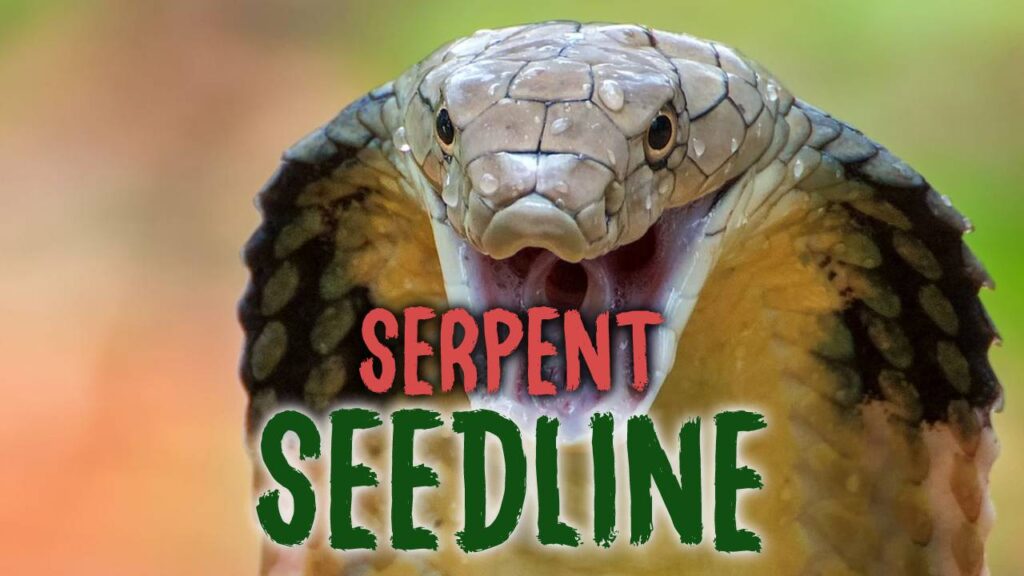 Did Justin Martyr, Clement of Rome, Ignatius of Antioch and the other early Church Fathers accept Two-Seedline? Did they believe there was a race of people descended from the Fallen Angels, living amongst us? A race of Devil amongst the race of Adam? You would be surprised! 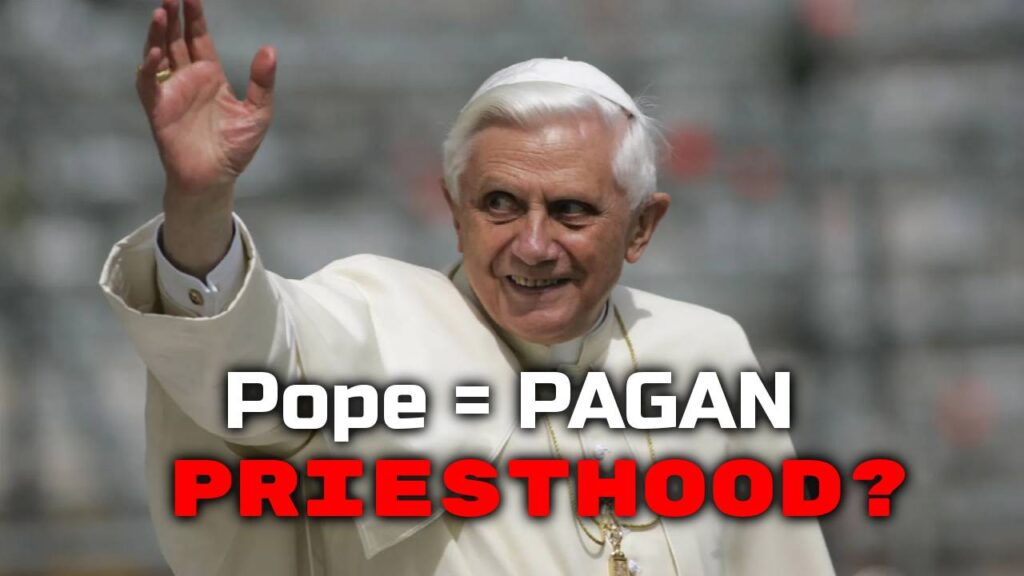 Continuing the look at a clash between the British church and the church of Rome. We investigate the true origin the Pagan title the Pope uses, the Pontifex Maximus. The Saxons were not yet Christian and they brought their traditions of shed building and idol worship to Britain. Augustine claimed to have arrived to convert them, but he had an ulterior motive of getting the pre-existing British church to acknowledge the superiority of Rome. A conference was arranged between the two, but Augustine disrespected the British Bishops so they refused to accept his leadership over them. 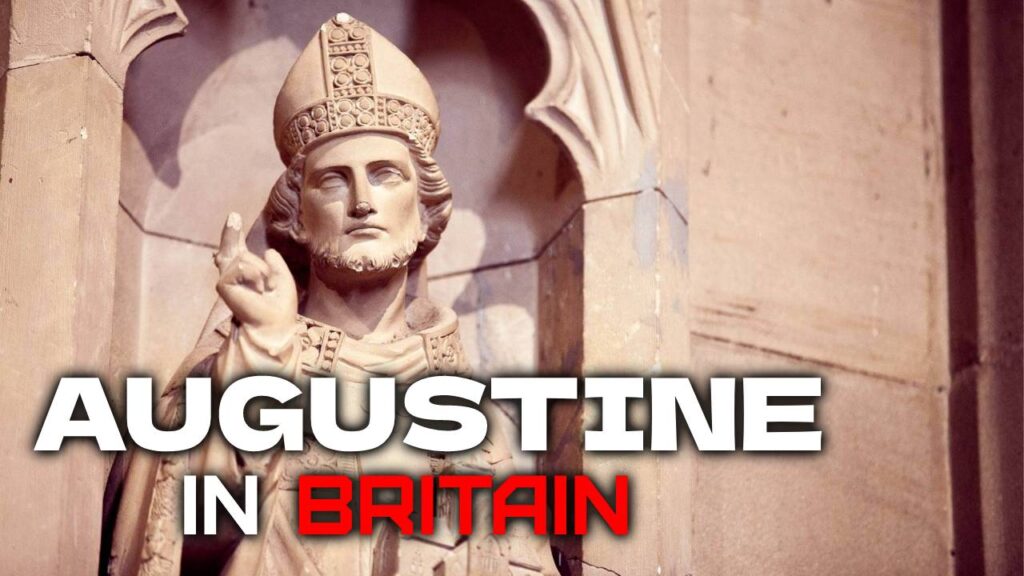 The cover story for Augustine was that Pope Gregory saw Saxon slaves at the market and sent Augustine to find them and convert them. What is more likely though is that Augustine was dispatched to get the British Church to accept the superiority of Rome and the Pope. We examine evidence for King Arthur and the arrival of Augustine in Kent. The Songs of the Graves identifies where the great kings of Britain’s past are buried and we have many places named after our illustrious ancestors. Additionally a discussion on Churches, ley lines and pre-Christian customs and traditions is also had. 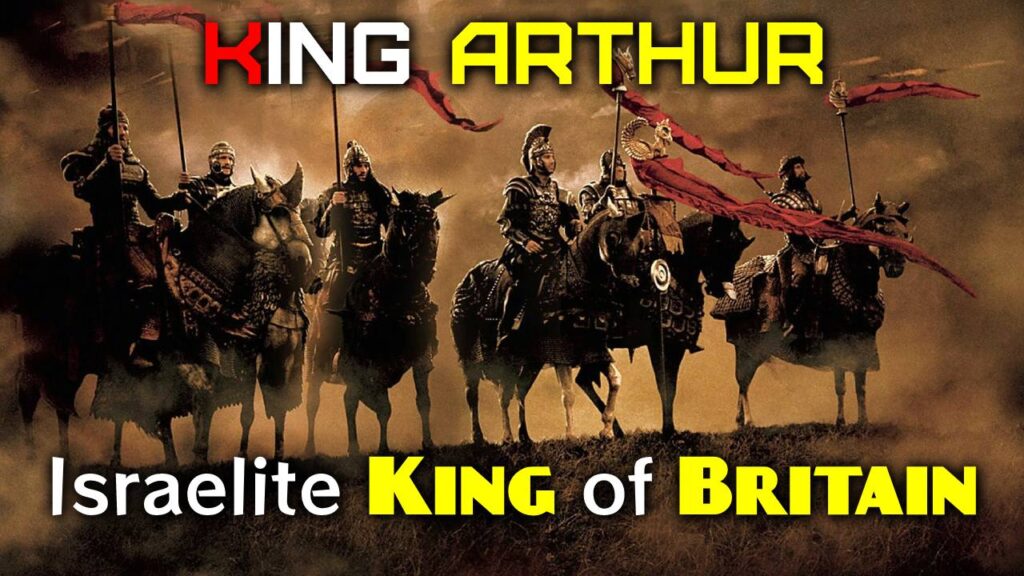 Picking off from where he ended. Armorica or Brittany was held by the Britons, But Arthur also had influence and sway over Scandinavia, Old Saxony, Denmark and Frisia, ruling from Russia to the Pyrenees. This is confirmed by Johan Magnus, the Swedish historian. Arthur went to aid Milan, after it was sacked by the Goths, but had to return to Britain, where he was defeated in his seventies, by his treacherous nephew Mordred and his pagan allies. This brought an end to the first prophecy of Merlin, where the red dragon of the Welsh chased the White dragon of the Saxons away. Alan Wilson points out where Camelot was and the name by which Arthur II was known by in the Welsh genealogies, Arthmael – Iron Bear. 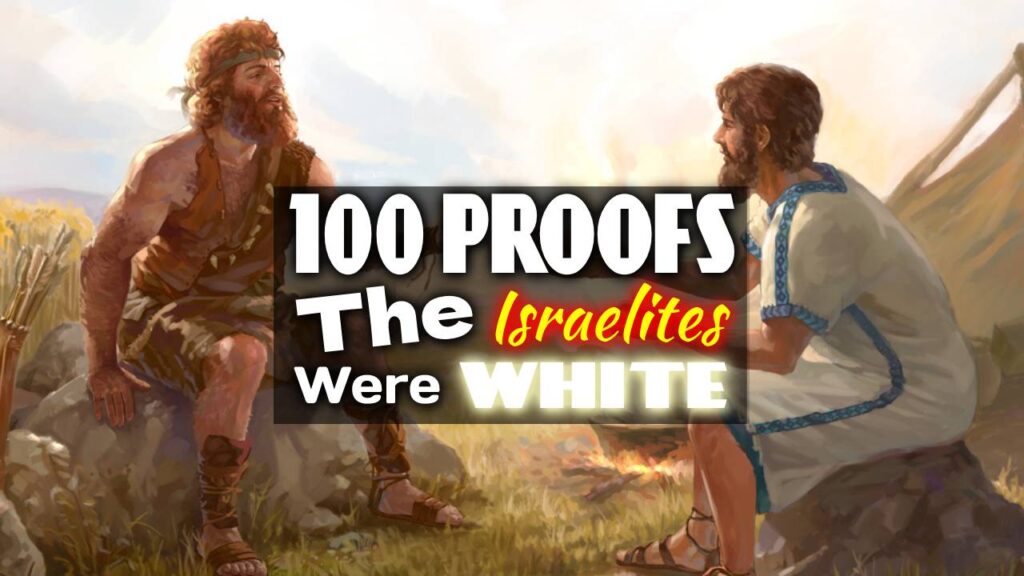 Malachi, the last Old Testament prophet, gives a bleak picture of the Levitical Priesthood during his time, five hundred years before Christ. The priesthood had corrupted itself through race-mixing with the surrounding peoples. Prior to Malachi, the prophets Nehemiah and Ezra had already tried to stop race-mixing. Nehemiah had read the law and commanded both priests and people to cast off their mixed-race wives and families: “On that day the Book of Moses was read aloud in the hearing of the people and there it was found written that no Ammonite or Moabite should ever be admitted into the assembly of God…When the people heard this law, they excluded from Israel all who were of foreign descent.”