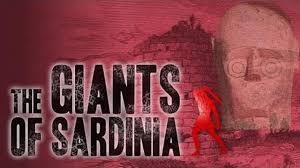 Many Giant remains have been discovered on the Island of Sardinia. Some of these Giants measure up to an astonishing 10 feet tall. The likely explanation of how these giants got there, is that a remnant of Giants fled to Sardinia during Joshua’s invasion of the land of Canaan around 1400 BC. The Giants were wiped out in the land of Canaan, although not all of the Canaanites were. This is a decent video, which shows some of the evidence. It makes one crucial error, in linking the Phoenicians with the Canaanites. The Phoenicians only appeared after Joshua’s invasion. The Phoenicians were the Israelites who settled the coasts and became a great sea-faring nation as prophesied in the Bible.