100 Proofs The Israelites Were White Part 3

Proof 3 - All Europeans Countries and Nations were Christian

The spread of Christianity throughout Europe 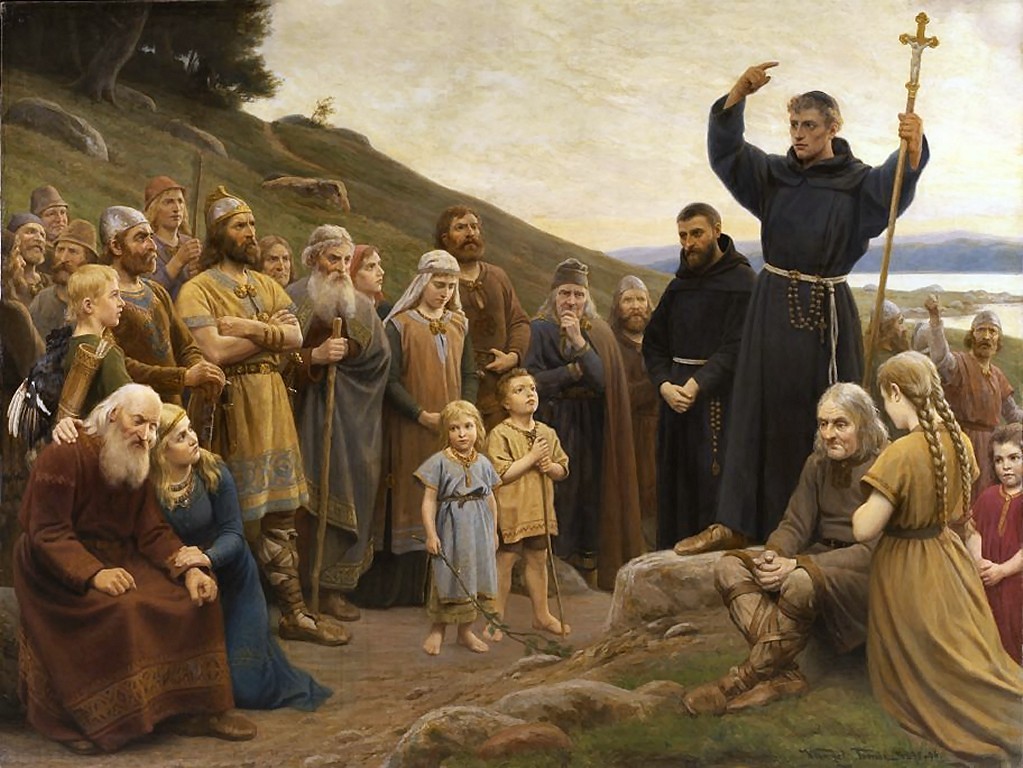 Historically, once a white European nation accepted Christianity, there was no going back. Christianity began to spread to Europe very quickly after the resurrection of Christ, as early as the first century for the British Isles. Christianity swept across the entire white world. Over the centuries, tribe after tribe, nation after nation, and even the Roman Empire itself embraced Christianity. Most of our ancestors converted willingly, and once they became Christian, they never returned to their former pagan religions. We became Christian and we stayed Christian.

Never before in history had an entire race converted collectively to a religion. But the Europeans did. From that time, every European nation remained proudly Christian, at least up to our modern times. For centuries, Europe was known as Christendom. As Christ promised, His sheep heard His voice and they embraced Christianity precisely because they were His sheep. “My sheep hear my voice, and I know them, and they follow me” John 10:27. White Europeans were already His sheep genetically. We did not “become” His sheep through a declaration of faith or a trip to the baptismal font. To approach this Proof 3 in another way, we can ask, “Who are Christ’s sheep?” Well, obviously, according to His own words, His sheep are the people and nations who heard His gospel and embraced Christianity. This race must be — proof positive — the lost sheep of Israel who heard their Shepherd’s voice and returned to Him. That race is the white Europeans and no other.

In Proof I, we examined the Germanic migrations into Europe. We see how the ancient Israelites (before their deportations) were given the laws of Yahweh our God. But in time, they turned to paganism, being influenced by the surrounding Canaanites and heathen nations whom they’d failed to exterminate completely according to Yahweh’s command. As corrective punishment, Yahweh caused His erring children to be conquered and deported by the Assyrians. First settled below the Caucuses, many of the Israelites migrated into Europe and became known as the Germanic tribes. During these migrations, the pagan beliefs and practices of our Germanic forefathers evolved; nevertheless, the true original religion of our people was always with Yahweh, in Whose image we were created. The notion that paganism is the true European religion is completely false and fabricated. The idea that Christianity replaced our native paganism is nonsense. To use the analogy of a train, our ancestors had “derailed” themselves by turning to paganism; Christ simply put us back on track.

And we stayed on track for many centuries. It has only been within the past few decades that Christianity has seriously been derailed in Europe and other white countries. How did this happen? It is the result of a concerted antichrist effort to wipe out white Christian nations and Christianity itself. It is the same Canaanite game from centuries ago, only the tactics differ in some ways. Our countries have been flooded with hostile third-world people of different religions. These non-whites hate us, envy us, want to devour our livelihood, and when our resources are gone, they will turn on us with a murderous vengeance. Our governments and educational systems have been infiltrated so as to undermine Christian values and laws. Nearly every deviance is now tolerated under the mirage of “human rights.” Soon enough, under this same banner, all deviancies will be tolerated and even celebrated, including the worst offenses of the pagan world.

Now antichrists in positions of power proclaim that Europe is “post-Christian” and “religiously and culturally diverse.” White Europeans for the most part have been blindsided by these sustained attacks made in the name of progressive liberalism over many years precisely because we have not known our true identity as descendants of the ancient Israelites and inheritors of the promises and prophecies of the Bible. Nevertheless, Christianity stood strong on the European continent for well over one thousand years, and in some countries, nearly two thousand, and it took deliberate subversion from within by the enemies of Christianity to change that.

European Christian colonies all over the world 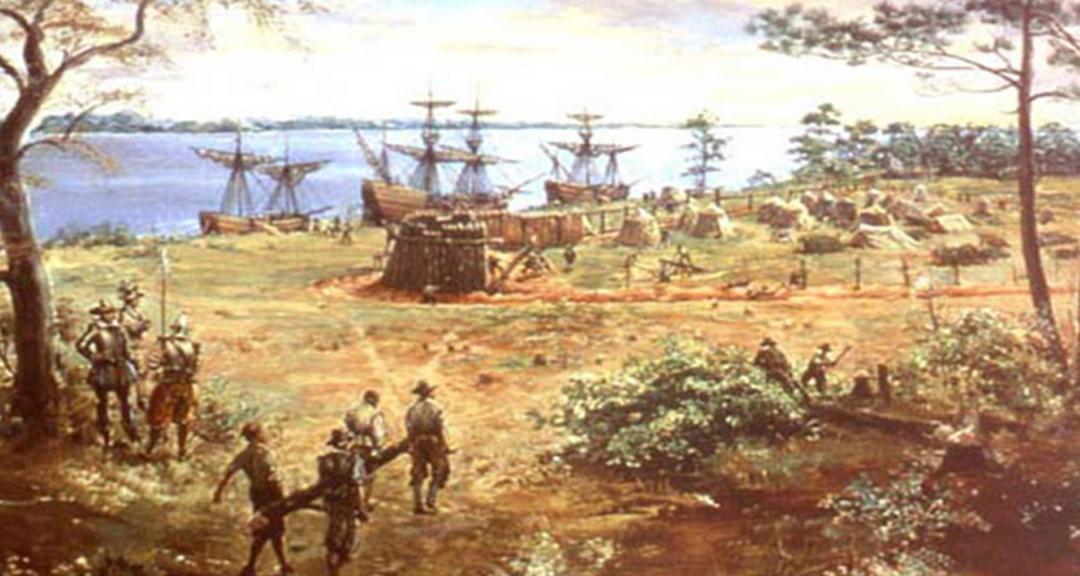 Throughout the centuries, wherever white Europeans set up colonies or nations (such as the United States of America), these were Christian colonies and nations. No European pagan colony or nation was ever formed or even proposed. Our ancestors were truly Godly people who took their faith seriously. We see this especially in the creation of America, Canada, South Africa, Australia, and New Zealand. These lands became large and powerful nations for the most part, and their morals and laws were based on Christian laws and the Bible.

On the other hand, no non-white Christian colony or nation has ever existed. Not a single one. Christianity is white. Any semblance of Christianity in a non-white country was brought by whites and enforced by whites, and once the whites left, that country did not remain a Christian country in any meaningful way. Why is that? According to Christ’s words, these non-white nations do not hear His voice because they are not His sheep. Only the white race are His sheep. Throughout history, only one race has been Christian and no other race. Since Christianity is a continuation of the Bible, the New Testament after the Old Testament, the New Covenant after the Old Covenant, is it not logical to conclude that the Christian people, the white Europeans, must be the Israelite people of the Bible? Furthermore, since the ancient Israelites were white, how can any race of non-whites possibly be Israel?

Percentage of Christianity throughout white nations 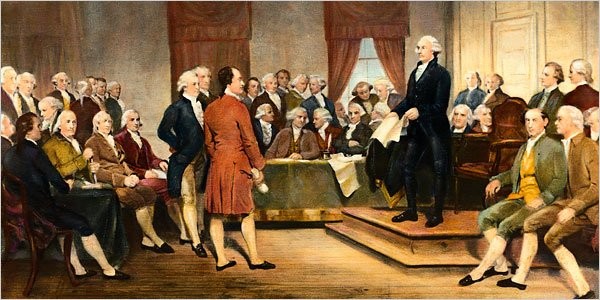 Some subverters try to rewrite history and claim that Christianity in white countries was only the “major” religion among many. Supposedly, white lands were rife with paganism and other non-Christian religions all along. But this is ridiculous. Even as late as 1948 in America, 69% of Americans were Protestant and 22% Catholic. Only sixty years ago, at least 91% of Americans were Christians. You’ll find similar statistics in all white nations. For example, Australia. Christianity came to Australia with the arrival of the first fleet of white British convicts in 1788. Christianity grew in Australia to account for 96.1% of the population at the time of the Federation of Australia in 1901.

America, in particular, has been an exceptional Christian nation in several ways. Once the Americans became independent from British rule and King George III, they became very similar to Israel during the period of the Judges. Americans were ruled by a constitution, not a king. The American Constitution put God and His law above everything else, thus making America a truly Christian nation. To see the Christian commitment of the Founding Fathers and early presidents of America, all we need to do is look at some of their writings about God, the Bible, and Christianity. Here are a few of their quotations:

“It is impossible to rightly govern a nation without God and the Bible.” — George Washington, First U.S. President, farewell speech on Sept. 19, 1796
“I am a real Christian – that is to say, a disciple of the doctrines of Jesus Christ.” — Thomas Jefferson, Founding Father, 3rd President of the United States, The Writings of Thomas Jefferson, p. 385.

“Cursed be all that learning that is contrary to the cross of Christ.” — James Madison, Fourth U.S. President
“The hope of a Christian is inseparable from his faith. Whoever believes in the divine inspiration of the Holy Scriptures must hope that the religion of Jesus shall prevail throughout the earth. Never since the foundation of the world have the prospects of mankind been more encouraging to that hope than they appear to be at present time. And may the associated distribution of the Bible proceed and prosper till the Lord shall have made ‘bare his holy arm in the sight of all the nations, and all the ends of the earth will see the salvation of our God (Isaiah 52:10).’” — John Quincy Adams, Sixth U.S. President

These words represent sincere Christian convictions from several Founding Fathers and early presidents of America. There has been a long and concerted effort to deconstruct the Christianity of these leaders, often through manipulation of partial quotations. But America was founded overwhelmingly by Christian men and women who recognized the necessity of Christian morality in public and private life. Despite the modern antichrist culture — which despises Christian law and religion — and bitterly mocks Christian convictions, these words are the words of men who strove to enact a white Christian government.

To recap, historically once white Israelite nations converted to Christianity, they never went back. No white Christian nation has ever by itself sunk back into paganism or into atheism and secularism. The key phrase here is “by itself.” Today, all the Christian nations have been systematically infiltrated by satanic and antichrist forces who have undermined Christian government, law, morals, and society, and even Christianity itself. But God is not mocked. The antichrist may tear down Christian nations for now, but Yahweh’s plan for mankind will prevail.

All European Countries and Nations were Christian